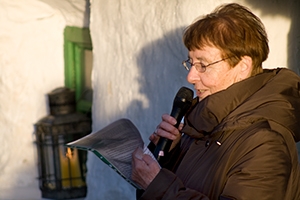 The Gathering Ireland 2013 is a Government initiative. At a meeting in the County last year to promote the Gathering many groups present suggested that the heritage of St. Brigid should be celebrated at a Gathering event. Solas Bhride in conjunction with local community groups submitted a proposal to host a Brigid Gathering event in Kildare town in September. We were delighted that the proposal was accepted and generous Government funding was provided for same.

The event hopes to attract between 600 and 800 visitors to Kildare to celebrate the story of Brigid, ranging from people around the world who have an affinity with St. Brigid through schools, churches, parishes, associations, place names … to visitors from other parts of Ireland and overseas. There will be a special céad míle fáilte to those who are named Brigid or who have variations of the name. So all the Brigids in the world will be invited back for the celebration! 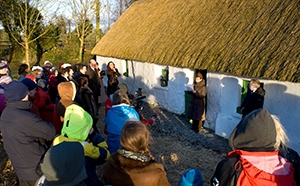 Already groups from Europe, the US, Canada and as far away as Australia have expressed interest in the attending the celebration.

The celebration will run from Sunday, 15th September to Saturday, 21st of September. In the coming months Solas Bhride will be partnering with a wide variety of Community groups, schools and overseas interests in creating a wonderful programme of events.

Speaking at the launch Sr. Mary said: “Some of the novel events may include, and I stress the word may:

So if you want to make it you better start practicing now with the rushes!

Other events may include:

We are only at the dreaming stage. Who knows what may emerge? We will be engaging in a process of meetings in the coming months to plan this event. We have the experience in Kildare town of churches, schools and local organisations coming together when welcoming the Dalai Lama. A great community spirit prevailed – ní neart go cur le chéile – and we will do it again for the Gathering Celebration.”

“We are delighted with the enthusiasm expressed for the Brigid Gathering Celebration and we know it will be a tremendous success in bringing people to Kildare town and keeping the heritage of Brigid alive,” said Mario Corrigan, Chairperson of the Heritage Committee, Kildare town. He acknowledged the support of local businesses, the Chamber of Commerce, the National Stud and the Heritage Centre as well as Kildare County Council, County Kildare Leader Partnership and other agencies for the event. 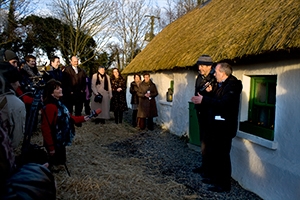 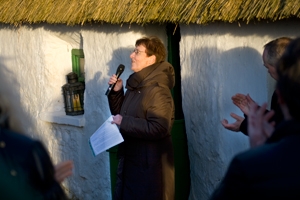 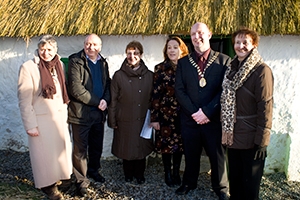 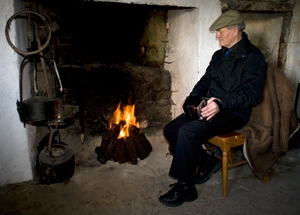 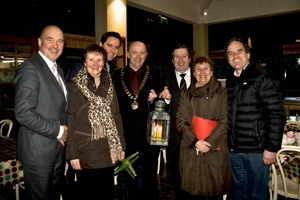